The Charlottesville Astronomical Society sponsors special awards every year for Astronomy at the Virginia Piedmont Regional Science Fair.  CAS provides two awards for the Best Astronomy project, one for the Senior High School entries and one for the Middle School (Junior) entries.  The awards consist of a Charlottesville Astronomical Society Certificate of Award, pair of Celestron binoculars and the book “Turn Left at Orion”, and a Planisphere donated by CAS member Rich Drumm. 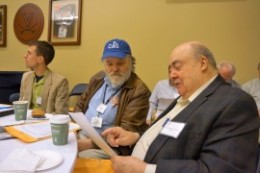 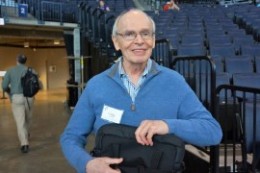 The all day event was conducted at the John Paul Jones Arena on Thuresday, March 24, 2016.  Steve Layman coordinated the event for the club this year with the assistance of club members Bill Phillips, Rich Drumm, Dave Rossetter, Jim Wilson, and Fritz Repich. 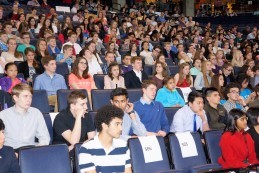 The Charlottesville Astronomical Society 2016 Junior Award recipients were the team of Anika Bronson and Sydney Barth of the Poole Middle School in Stafford County for their science project “Heating Mars, J1607”.  Their teacher for the project was Michele Egan. 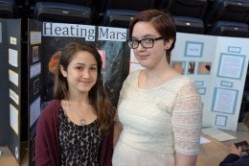 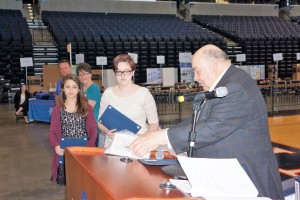 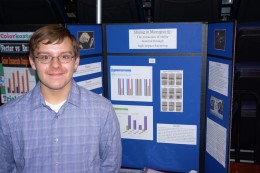 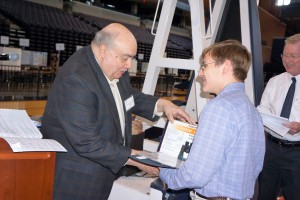